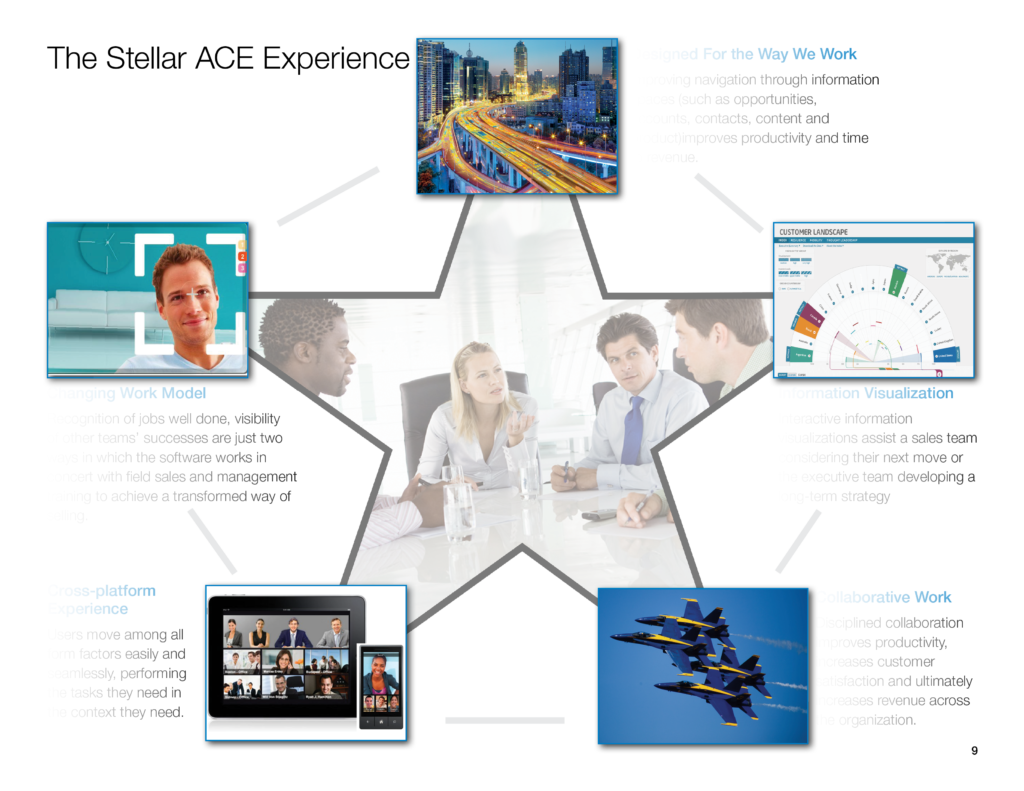 The Vision for a Collaborative Sales Experience

In 2010, the Sales and Marketing Group at Intel had initiated a bold new program to improve the company's approach to selling: move to a worldwide collaborative sales model.

In 2011 they began executing on their vision by enlisting the IT group as their partner. Nothing like this had ever been done before, either at the IT level, or across the company.

By the time I was brought in, in 2012, the initial release was a month away. I was hired to staff a new UX team, dedicated to making a world-class experience for the commissioned sales teams.

The many challenges we faced were: no formal user research had been done, an outside agency had failed to deliver on their promise, a lack of UX vision or architecture, and no dedicated UX resources.

In brief, the organization hadn't included UX in its process for the prior two years, resulting in a solution without an end user.

Example of keypath comparisons between two versions of software.

By the end of 2012, the freshly minted UX team had completed a UX Vision and architecture presented in a "playbook." It included:

In addition, we crafted a five-minute vision video describing the outcome of this approach on the world-wide sales teams.

The UX team in their native habitat, circa 2013.

In my first week on the job, I attended the annual sales conference to meet the primary players instrumental in creating the solution up to that point.

In the ensuing weeks, I met with all key stakeholders within IT and the Sales and Marketing Group to understand their direction and points of view.

I then politely discontinued our relationship with the external agency and hired on a team of senior designers to complement the existing researchers and designers already on staff.

Then the real work began. We initiated a year's worth of research and design, to be completed in six months.

The combined team worked through the thousands of observation notes and interview data to create multiple models including affinity diagrams and Personas.

Throughout this time, our Information Architect dug into the underlying challenges of collaboration across task, time and space. Through handfuls of iterations, we finally landed on an elegant and highly flexible model that adjusted for security, job role and platform.

The design team continued the PrD process by testing artifacts with field sales people, refining our understanding of their needs.

By the end of 2012, about six months after the team was in place, we had a clear vision, a clear architecture (UX, IA and IxA), and a shared understanding with our stakeholders (business and engineering) of the desired outcome.

Beginning in 2013, the team pivoted to execution: decomposing the various design proposals into user stories, working collaboratively with engineering and our business partners to reconcile the challenges inherent in a massive engagement such as this one and ultimately integrating our design process into a SAFe Agile approach.

Rendering of "day in the life" of using a specific feature of the sales tool.

I was hired to rethink IT's approach to their collaborative sales tool using a user-centered approach.

I was the UX team's manager, the Creative Director, Agile/UX expert and key change agent to the larger IT organization.

Except for the vision video (produced by an in-house video production company), all of the work seen on this page was done by the UX team; I provided coaching, critique, inspiration and dialectic debate to make sure the work we did was truly world class.